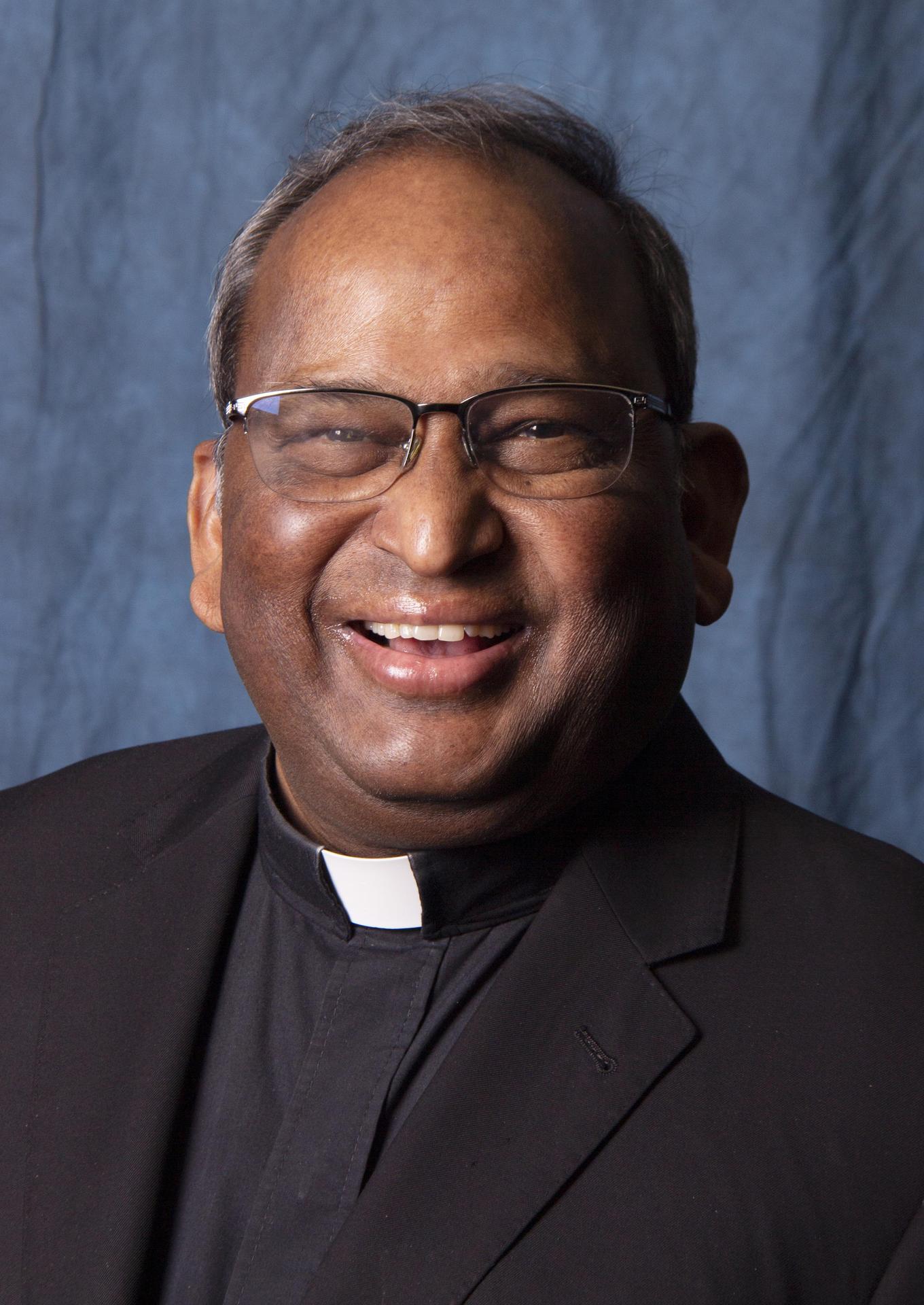 Born in Pondicherry, India, he earned an undergraduate degree in Philosophy, a Masters of Arts, and a Master of Divinity.  He was ordained in 1982 and served as Parochial Vicar and Choir Master at Immaculate Conception Cathedral in his hometown for 18 years. There, he organized and managed many youth and education programs before coming to the United States to study counseling.  After completing his studies, he became Clinical Chaplain at the College of Pastoral Supervision in New York and also spent seven years as a counselor in the Cathedral Health System. Father Nathan has served as a Pastoral Counselor and Supervisor at parishes in Orange, Newark, Roseland, and Montclair before coming to Union City in 2013.  Since that time, he has also taught at Saint Joseph's and Saint Michael's Schools. Subsequently, he has become an integral part of our community.  Father Nathan speaks 10 languages and his church is one of the largest Hispanic parishes in the Archdiocese of Newark.