Charles is the product of an interracial couple who were married in Paris before President Truman had desegregated the Military in 1948, and is the grandson of a Slave and French Resistance Fighter. He is a spellbinding orator with the gift of utterance who has delivered his message of "Community Empowerment through Education" over 500 times in churches, and schools from New York to Los Angeles. He has spoken at the Federal Reserve Bank and several corporations and to over 50 Colleges and Universities including the Woodrow Wilson School of Public and International Affairs Princeton University, to the Tuskegee Institute, Columbia University, Spelman and Morehouse Colleges in Atlanta.

He has been commended for his "courageous fight for social justice" by the late Congressmen Donald Payne, New Jersey's first African-American Congressional Representative.

He has been called a "brilliant mesmerizing speaker" by Dr. Rendell Maybe, Harvard Ph.D.

Retired C.E.O. of NASDAQ, Robert Greifeld calls him "one of the most charismatic leaders I've known."

The former Superintendent of the Dallas Independent School District, Mike Miles says "He is one of the few leaders who are able to get people to act upon their convictions and do what it takes to help all children succeed. Educational reform in America needs more people like Charles."

Olympic Champion Dr. Mel Pender calls him a "Champion for Parents and Families."

Charles is an educator who has a proven record of success in turning schools around by building relationships, creating sustainable equable funding resources and empowering parents and community members. He is a strong voice in a national dialogue which seeks to support teachers. He is no longer looking for Superman or Superwomen, he knows that they exist in every school district in America. 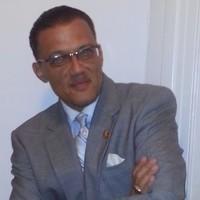